Immigration and free movement were key issues that laid to the Brexit vote. Unfortunately for the UK, these are the most difficult topics to deal with, both with the other European member states and within the British government itself.

Liam Fox, the Secretary of State for International Trade, recognizes in an interview that there is no cabinet-wide agreement on these issues. This divide is not only among the government itself, but also within the Tory party, which is split into “hard” and “soft” brexiters.

If we leave aside the fact that there is no common voice to negotiate the Brexit deal, the Brexiters seem to ignore the deep gap between Europe and their country in many fields. In fact their views are in no way compatible with those that prevail in the EU.

It may explain why the economic and business leaders as well as some of the cabinet members (Liam Fox and Philip Hammond the Chancellor of the Exchequer, aka the Secretary of State for Finance) are trying to persuade people to accept the idea of a soft Brexit, which in their minds implies that the rights of free movement and free settlement in the UK should be granted to EU citizens with the only obligation to be officially registered.

This idea could have been a way of satisfying both the EU and the brexiters (with the smoke screen of registration). But what about the 3 million EU migrants on British soil ? Practically, getting these 3 million people registered is a job the current institutions couldn’t handle easily. Just ask the government IT department their view on the matter.

Norway, the byword for « soft » Brexit

The legal status of European citizens living in the UK is only one point. Britan and Europe are split over some other major issues such as contributing to the EU budget or accepting European rules and the jurisdiction of the ECJ (European Court of Justice). That’s exactly what Norway has to do, to get access to the European single market – Norway, the country which has become the byword for “soft” Brexit. However, how stupid would it be, to leave the EU because of its disadvantages and accept them as a concession for the single market ! In fact, these EU requirements triggered the Brexit, and the Tory backbenchers are perfectly aware of that.

Was June 23rd 2016 Briton’s Independence Day as the Sun suggested while people were going to the polls ? One thing is certain, this day has been the biggest leap into the unknown in British history since World War II. 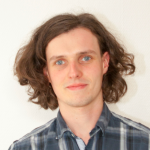